As the indigenous peoples who worked on the Portuguese colonial plantations in Brazil died out or fled, they were replaced by African slaves, who brought with them elements of their home cultures.  The African territories they came from, a number boasted fairly advanced metallurgical industries.

The balangandan is a religious object typical of Brazil, and particularly of the state of Bahia, that represents the encounter between African and European cultures.  In Portuguese, it is called a penca, or bouquet, while the name balangandan is an onomatopoetic word meant to recall the sound made by the object's dangling metal baubles.

Consisting of a number of charms strung on a common fastener hung from a chain, the balangandan traces its roots back to the 17th century, though its more general use dates to the 18th-19th centuries.  Worn by women of African descent, the balangandan most frequently adorned the thick chain belts that hung about slaves' waists, though on special occasions, it might be attached to the wrist.  When not in use, it hung in the house near the door.  Originally made of silver, the balangandan represented a significant monetary value and was not infrequently presented by plantation owners to favoured slaves.  Each balangandan was unique, having been composed to reflect the specific life path of its wearer.  Its charms included religious symbols that could be interpreted simultaneously as Christian in origin, or as representing certain African gods.  Other charms were intended to impart good fortune, happiness, prosperity, or good health, while a third type were selected out of gratitude for - and in commemoration of - having survived some misfortune, such as an accident or illness.  The function of the balangandan was in some respects similar to that of a modern charm bracelet.

The charms of the balangandan frequently depicted plants or fruits such as the pomegranate, symbolising wealth or fertility.  One common motif was that of the gourd vessel or dipper, which a number of African cultures used as a symbol for the female womb.  Another was that of a hand posed in what is known as the 'fig' gesture, or figas, with the thumb protruding from between the curled index and middle fingers.  Originally a Mediterranean symbol used to impart fertility and ward off evil spirits, the figas is still a very popular symbol in Brazil today.  The fastener on which the charms were strung was representative of the ships that brought the slaves to the New World, the birds that sat on either side symbolising the continents of Africa and the Americas.

Balangandans dating to the post-19th century were frequently made of brass or copper and were coveted for their craftsmanship and beauty, rather than their monetary value.  Since the 1980s, various modern versions have emerged, made from new materials and featuring different types of charms.  The balangandan selected here as the Museum of Ethnography's 'artefact of the month' was probably produced in the 1950s and was inherited from a relative by Mrs. Rozália Kovács Szekszárdiné of Budapest, who donated it to the museum in 2005. 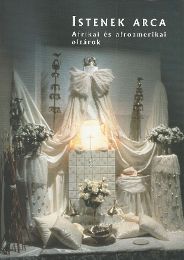