In feudal Europe, the interests of urban craftsmen were protected by professional groups known as guilds.  Operating under similar structures and according to similar rules across the continent, guilds ordered and defined every aspect of members’ private and professional lives and offered representation in the face of municipal and aristocratic authorities.  While responsible for providing certain community services (such as fire-fighting and public safety), they also had significant control over the family lives, religious beliefs, and moral behaviour of members.  In many places, guilds were divided into two separate parts, a main organisation operated by the master craftsmen, and a lesser, mirror-image society operated by the group’s journeymen.

Guilds also served as the setting for members’ social lives:  each gathering, whether for the purpose of electing officials, inducting new members, or even lesser activities such, as singing concluded with large – in some cases enormous – bouts of merrymaking.  Surviving sources on guild regulations reveal that these included not only drinks, but also meals of multiple courses.  It was in this setting that special vessels such as this jug were used.
The similarities between European guilds extended not only to matters of structure and operation, but also to the objects they possessed.   Larger guild artefacts were engraved with the names of the organisation’s officers; smaller, personal ones with the signature of the object’s owner.  Most also sported a date and guild emblem, usually a composite image of the tools of the trade in question.  Guild artefacts differed with regard to use of decorative techniques and stylistic marks, with folk art or regional motifs found only on later pieces.

The vessels and dishes used by Western European guilds – bowls, tankards, goblets, and plates – were generally made of pewter.  The vast majority of surviving specimens were used to hold liquids.  In general, the smaller cups, chalices, goblets, and flagons are presumed to have been produced as personal drinking vessels.  None are made of ceramic, the preferred materials having been faïence (of which only a few examples have survived), pewter, or even – as in the case of metalworking/jewellers’ guilds – precious metals.
The above analysis notwithstanding, in Hungary, with only a few exceptions, the large jugs used to hold and transport drinks were made of ceramic and exhibited a form and style that remained virtually unchanged from the late 17th until the early 20th century.  Though Hungarian guilds were dissolved in 1872, their customs were carried on by the trade associations that replaced them, which continued to commission the production of guild-type jugs throughout the mid-to-late 19th century.

The jug shown here is a typical example of a green-glazed guild vessel with sculpted design elements.  Made to hold 14 litres of wine, it features a date of 1827 and is said to have been the “Jug of the Lesser [journeymens’] Society” of a Székesfehérvár cordwainers’ guild.  According to the inscription, the piece was crafted by a master craftsman by the name of József Urfi.  Adorning one side are sculpted, appliquéd flowers and emblems of the cordwainer’s craft, specifically, a shoemaker’s and a tanner’s knife and, uncustomarily, two different types of boots.  The scratch-engraved inscription reads:  “Jug of the Lesser Society of the Honourable Székesfehérvár Cordwainers’ Guild; made in the year 1827 on the first day of June; under the tenure of Guild Master Imre Brenizse; Senior Crier József Heller; Junior Criers János Branizsa and Antal Mihalovits”; “Made by Josef Urfi”; “Senior Dean Josef Szember”; “Junior Dean Josef Lódér”; and in Hungarian rhyme, “Let this jug’s name be Peter, good health to all who drink therefrom”.


The emblem of the cordwainer’s craft is identical to that used by bootmakers, the two professions being themselves virtually identical.  First referenced in the 14th century, cordwainery was an older pursuit that included both the making of shoes and the preparation of leather by tanning.  Boots, on the other hand, and with them the craft of boot-making, were introduced only later, during the time of Ottoman rule.  Unlike the cordwainers, boot-makers bought the leather with which to make their products already prepared.  In the centuries after the conquest, the bootmakers’ craft overshadowed that of the cordwainers, which underwent a number of changes, including a split into two different groups:  the German cordwainers, who from the 18th century onward produced more fashionable Western buckle shoes to be worn with trousers, and the Hungarian cordwainers, who continued to make and repair more humble styles of shoe with self-tanned leather, thus serving a similar function to that of mere cobblers. 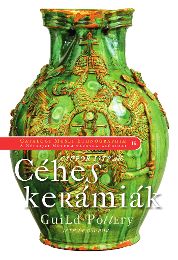 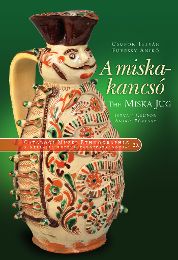