Photographs by a Village Teacher 22/Mar/2013 - 8/Sep/2013
Between 1916 and 1920, Béla Hernai, school-teacher, amateur photographer and collector of local ethnographic material, captured images of the inhabitants of Véménd, a village in Baranya County, Southwest Hungary. Hernai's 700 9x12 cm glass negatives were later discovered in the attic of his house. The photographs were taken during the First World War, a period that had a significant impact on the community's life.

At the beginning of the 20th century, there were Catholic Germans, Orthodox Serbs, Catholic and Calvinist Hungarians, Jews, and Roma living side by side in Véménd. Over the course of 200 years of coexistence, the groups that made up the village community had learned to accommodate each other, to understand and use each other's languages, and to respect each other's traditions. Individual identities were defined not only by factors like language, culture, religion, and national citizenship, but also by the locality they shared. In short, they were all locals, residents of Véménd.

The historical events, ideologies, and political currents of the 20th century were not kind to Hungary's multiethnic communities, leaving some to deteriorate gradually, while others abruptly fell apart. These photographs by Béla Hernai taken nearly one hundred years ago capture the final days of a community's life together. Shot by a single individual in a single locality all at roughly the same time, they offer a look at a "condensed" moment in village history.

The project is realised by the Janus Pannonius Múzeum and the Coordination East Central and Southeast Europe at the Museum of European Cultures, State Museums Berlin.

The "Bring In an Object" ProgramAlthough Béla Hernai's photographs were not taken in a studio and none of the subjects are holding studio props, many people brought items of their own with them to the sessions. The exhibition's "Bring In an Object" program highlights how our own behaviour vis-a-vis other cultures is reflected in our relationships with cultural artefacts: a favourite writer from another country or even a football team can bring the culture of another community closer to us, and in fact, may create relationships that later form part of our own identity.

As the "Bring In an object" Program seeks to underscore personal ties to objects like these, in this spirit, we ask you to bring in artefacts symbolising cultures that, while significant to you, are foreign to their own cultural or physical settings. We will then take a photograph of you and your object in our museum "studio". 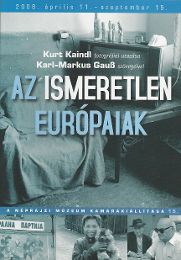 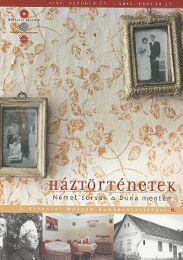 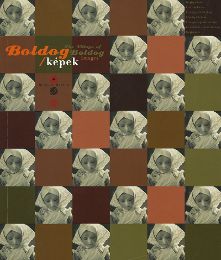